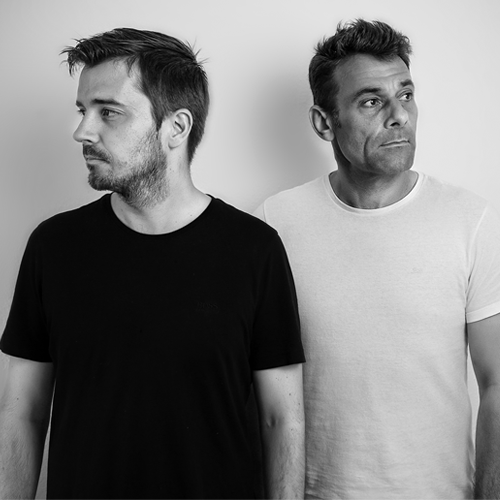 With musical backgrounds that span all the way to childhood, Shanti and Deedrah are deeply rooted in the beats. Shanti played his first gig at a club in Amsterdam and shaped his early recordings along with the first wave of trance pioneers. A flux of success releases saw him performing all around the globe, and he has since paved his way as a successful producer both in and outside the scene, having produced music for various singers, some of which resulted in Billboard TOP 10 hits in the USA.
Deedrah (previously known as Dado) was raised in a family of musicians and began studying music at the age of five, finding inspiration in the electronic music of the day. Following early collaborations with various trance legends like Tsuyoshi Suzuki, Astral Projection, Total Eclipse and Jaia, he released his first solo album ‘ Self-Oscillation’ in 1997 under the name ‘Deedrah’.
These two versatile producers have joined their flair for groovy melodies and playful basslines in their new formation Shanti V Deedrah, and based on the perfectly balanced tunes leaving their studio, they have created a fluid sound that is both fresh and bears the unmistakable notes of slick production technique.